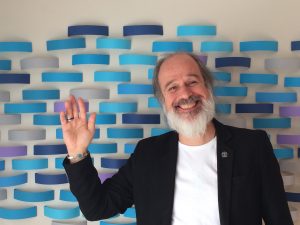 My full name is Alexander Robert Laszlo though you can call me Alexander, but that is not who I am.

I don’t like shortening my names because all of a sudden I become Al Bob and sound like I’m the spiritual leader of some esoteric faith community, and that is not who I am.

Online and in cyberspace I often go by Alex&er, but that is not who I am.

I am a professor of learning and change in human systems, of ecosystemic innovation and social systems design, and have founded and directed a few doctoral programs in various countries around the world, but that is not who I am.

I am a researcher of collective intelligence and interbeing, of the evolution of sentience as an expression of quantum entanglement and social intertwinglement, and have directed research programs at several organizations internationally, but that is not who I am.

I am a Martial Artist with advanced Black Belt degrees in a number of styles, a certified Master of Chung Do Kwan serving on the national promotion test board in the US, and the founder and head instructor of several schools, but that is not who I am.

I am the father of one amazing and magical being named Kahlia Paola who never ceases to teach me the important lessons of life, and that is who I am.

I am a flowing-into-being, an expression of the universe in-formation, a question in search of answers that lead to deeper questions.

“I am the hole on the flute through which God’s breath flows.”
~ Hafiz of Shiraz (14th century CE Persian poet, Khwāja Shams-ud-Dīn Muḥammad Ḥāfeẓ-e Shīrāzī)

This is actually a hard one for me. Or rather, it seems hard for most people who are expecting a certain kind of simple answer. The most simple answer is that I was born in Fribourg, Switzerland, but I’m not Swiss enough to say that is where I’m from.
My first language was French, but I moved to the United States when I was four years old (and my parents came with me). My brother Christopher was born five years before me in München, Germany (he came, too), and his wife Lakshmi is from Chennai, India (she didn’t come until a bit later).
My mother Barbro Carita Marjorie (who goes by Carita) was born in Åbo, Finland, though she is of Swedish heritage (in a direct line from King Johan the 3rd in the 16th Century). My father Ervin (who goes by Ervin) was born and raised in Hungary, and when I moved to the US he was already a university professor.

So we moved around a lot. In fact, by the time I finished high school, I had been to eight different schools. All my education is State based since I spent the academic year in the US (mainly on the East Coast) and the rest of the time in Europe (mainly Switzerland). Until I was 11 years old.

Then my parents decided to move back to Europe and chose to settle in Tuscany, Italy. They didn’t move there full-time until my senior year at the United Nations International School in Manhattan, which I spent with Christopher and our puppy, Spike (who was a native New Yorker). During my formative years in Italy I managed to pick up Italian, and even though I did my doctoral research living in Mogliano Veneto and working for UNESCO in Venice, I still am not Italian enough to say that is where I’m from.

I spent two decades living and working in Mexico and nearly another decade in Argentina, so by now I am also fluent in Spanish, but I am not Latino enough to say that either of those countries is where I’m from.
My daughter was born in Califor-nai-aye and I lived in San Francisco and points north through her adolescence, but I’m not American enough to say that is where I’m from.

In fact, I am a registered World Citizen with the right to vote for direct representation to a People’s World Assembly, though I have never done so. Wherever I go, I’m always seen as “the foreigner” (think “yer not from around here, are ya, stranger?” – I get that a lot). So when people ask, I usually say I’m from Switzerland since that is where I was born and I don’t identify with US behavioral norms and cultural practices even though I’m a naturalized US Citizen.

But that’s okay. I’m fine wherever I go on this amazing planet — especially in those places where they speak English, Spanish, Italian or French. I don’t ever feel like a tourist and can usually blend in fairly easily … as a foreigner. It makes me a kind of cultural chameleon, and while that is all well and good, it also makes rooting for any particular team during the Olympics somewhat problematic … at least for those who look at me like “what’s up with you, you’re not Nigerian!”

Basically, I’m a student of life. So what I do is study. I look, listen and learn. And then I try to embody and enact my learning. To flow it into my being and becoming. It’s like learning to dance the dance that nature and all of life has been grooving to since time immemorial. I want to dance the way starlings in whirling murmurations do, the way herring in polarized schools do, the way gazelle in bounding herds do, or the way trees in the forest wave and the way clouds in the sky scud and the way rain patters and pours. But mostly I stumble and bumble, stepping on the toes of others and even on my own!

I study the Martial Arts to learn how to flow in accord with the energy that animates me and the ways of flow in harmony with my surroundings. I study shamanic awareness and other traditional technologies of consciousness and sentience to learn full spectrum humaning. I live for moments when the universe explodes within me from some experience of joy and awe. It can be a ray of sun through the clouds, the smile of a child, a touching piece of music, or just a sense of love and connection to everything.

And when I see that experience burst forth in someone else, it inevitably comes alive in me, too. It’s as though we were human tuning forks, resonating to the sublime energies of the anima mundi that connects everything with everything. So it turns out it is less about learning to dance the dance of being and becoming than it is about learning to be danced. I think Hafiz would have appreciated that.

What else I’m into

I enjoy traveling the world and getting to know people and trees in their native habitats. This penchant has brought me all over the USA and Canada, Latin America, East Asia, India, and Europe, but there are still so many places I want to go!

Aside from the Martial Arts (which are neither sport nor hobby for me but rather Budō – a way of life), I enjoy alpine skiing, mountain biking, science fiction and poetry.

I own a collection of flutes from around the world and know how to play them (though the Japanese Shakuhachi still challenges me). Come to think of it, I have a bunch of collections! I have eighteen books on or by JRR Tolkien, and it turns out that I also have eighteen albums by Pink Floyd. I have a vast collection (appropriate term) of tobacco pipes, and an equally vast collection of Argentine mate gourds and bombillas. And I collect all kinds of Batman memorabilia because… that is who I am.

On the professional front, I developed the field of evolutionary systems design through which I engage in action-research projects that include the embodied aspects of science and spirituality as a living field of consciousness; empathy-based education; the relationship between sustainability and thrivability; systemic innovation for planetary flourishing; and syntony as an organizing force in societal evolution.

If you still want to know more, even more professionally, here’s a Wikipedia article about me – https://en.wikipedia.org/wiki/Alexander_Laszlo_(scientist)