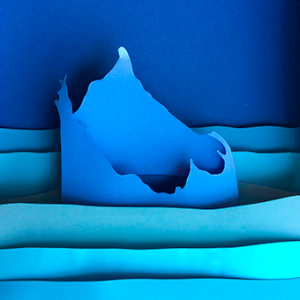 Creating conditions that help emerge Evolutionary Learning Community (ELC) in your family, neighborhood, organization or village is a powerful way to harness the transformative potential of collective creativity. But imagine what it would be like to create a community of ELC — a living ecosystem of evolutionary learning communities, each committed to learning how to learn in harmony with the dynamics of their broader environment. That would harness the potential of collective creativity of each ELC by forming a web of interconnected collective intelligence, and placing some serious collective wisdom at the disposal of each community and their respective members.

Simply put, a community of ELC is what is referred to as an Evolutionary Learning Ecosystem (ELE). Like the evolutionary learning communities of which it is composed, it creates a scaffolding for the synergetic incubation of social innovations that feed and are fed by each other. Each ELC in the ELE serves as a node in a living community of thrivability initiatives. This is what makes it different from a simple network of learning communities. A network interconnects information flows among various nodes in a system, but it doesn’t necessarily foster a culture of regenerative design. In fact, not only is such a culture fostered through the mutual inspiration and resource sharing among the ELCs, but as they work together in loose, flexible and agile engagements, the entire ELE is evolved and transformed. This makes it more than just regenerative; it becomes truly self-transcending and transformational.

Rather than just continuing with a “business as usual” mindset that seeks to take what is and make it bigger, faster, stronger and more permanent, the ELE serves as a systemic nurturance space for a thrivable society. This is like shifting from trying to help caterpillars grow larger and more powerful to creating the conditions that allow them to metamorphose into butterflies, in this case, fully expressing the thrive potential of each person, community, and village involved.

ELEs are the chrysalis structures of the emerging global eco-civilization. They form the patchwork of interdependent evolutionary learning communities that herald new patterns of being and becoming as a species that celebrates unity without uniformity, and diversity without fragmentation. Learning with and from each other, we express a fractal pattern of evolutionary coherence – as individuals in community, as communities in community, and as patchworks of communities interconnected across the globe. In so doing, we can learn the true meaning of interdependence with all of life on Earth; with other life forms and the life support systems of our planet, and with past and future generations of all beings. This is the larger patterning of syntony as an organizing force in societal evolution.

If you want to find out more about what’s involved in curating the emergence of ELE, here’s a report on Educational Ecosystems for Societal Transformation produced by GEF that provides some guidance

We use cookies on our website to give you the most relevant experience by remembering your preferences and repeat visits. By clicking “Accept”, you consent to the use of ALL the cookies.
Do not sell my personal information.
Cookie SettingsAccept
Manage consent

This website uses cookies to improve your experience while you navigate through the website. Out of these, the cookies that are categorized as necessary are stored on your browser as they are essential for the working of basic functionalities of the website. We also use third-party cookies that help us analyze and understand how you use this website. These cookies will be stored in your browser only with your consent. You also have the option to opt-out of these cookies. But opting out of some of these cookies may affect your browsing experience.
Necessary Always Enabled
Necessary cookies are absolutely essential for the website to function properly. These cookies ensure basic functionalities and security features of the website, anonymously.
Functional
Functional cookies help to perform certain functionalities like sharing the content of the website on social media platforms, collect feedbacks, and other third-party features.
Performance
Performance cookies are used to understand and analyze the key performance indexes of the website which helps in delivering a better user experience for the visitors.
Analytics
Analytical cookies are used to understand how visitors interact with the website. These cookies help provide information on metrics the number of visitors, bounce rate, traffic source, etc.
Advertisement
Advertisement cookies are used to provide visitors with relevant ads and marketing campaigns. These cookies track visitors across websites and collect information to provide customized ads.
Others
Other uncategorized cookies are those that are being analyzed and have not been classified into a category as yet.
SAVE & ACCEPT